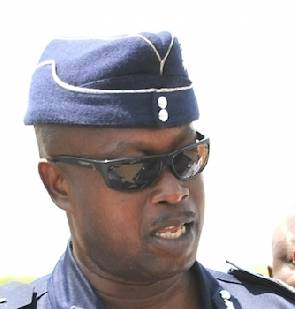 The Executive Committee of the Ghana Football Association has appointed Ashanti regional Police Commander DCOP Nathan Kofi Boakye as the Chairman of the Ethics Committee of the federation.
The Vice President of the federation, George Afriyie disclosed in an interview on Otec FM in Kumasi that DCOP Kofi Boakye has been promoted to the chairmanship position of the Ethics Committee after serving as the vice chairman last season.
Kofi Boakye was previously the vice-chairman of the committee but following the resignation of the chairman Nana Adjei Ampofo, the Ghana FA has appointed the current him to chair the committee.
It will be recalled that Kofi Boakye ruled against Techiman City in the current bribery case involving the Techiman-based side and Wa African United.
Techiman City challenged the eligibility of the highly respected police commander which was upheld by the Appeals Committee of the federation.
The FA at its last Ordinary Congress held at Prampram in Novemebre amended the number of years needed at the bar to qualify one as the chairman of the federation which was initially 10 years to 5 years.
But George Afriyie has revealed that the highly rated Ashanti Regional Police Commander who is adored in the region for combating crime as the new Chairman for the Ethics Committee.
“The Ethics committee has been reconstituted. The former chairman of the committee Nana Adjei Ampofo resigned and there was an amendment to the regulation when the FA went to Congress.”
“The amendments mean that the Chairman of the Ethics committee should be a lawyer for five years instead of the previous ten years.”
“So after that amendment, Kofi Boakye has been appointed as the Chairman of the Ethics Committee of the Ghana Football.” said Afriyie