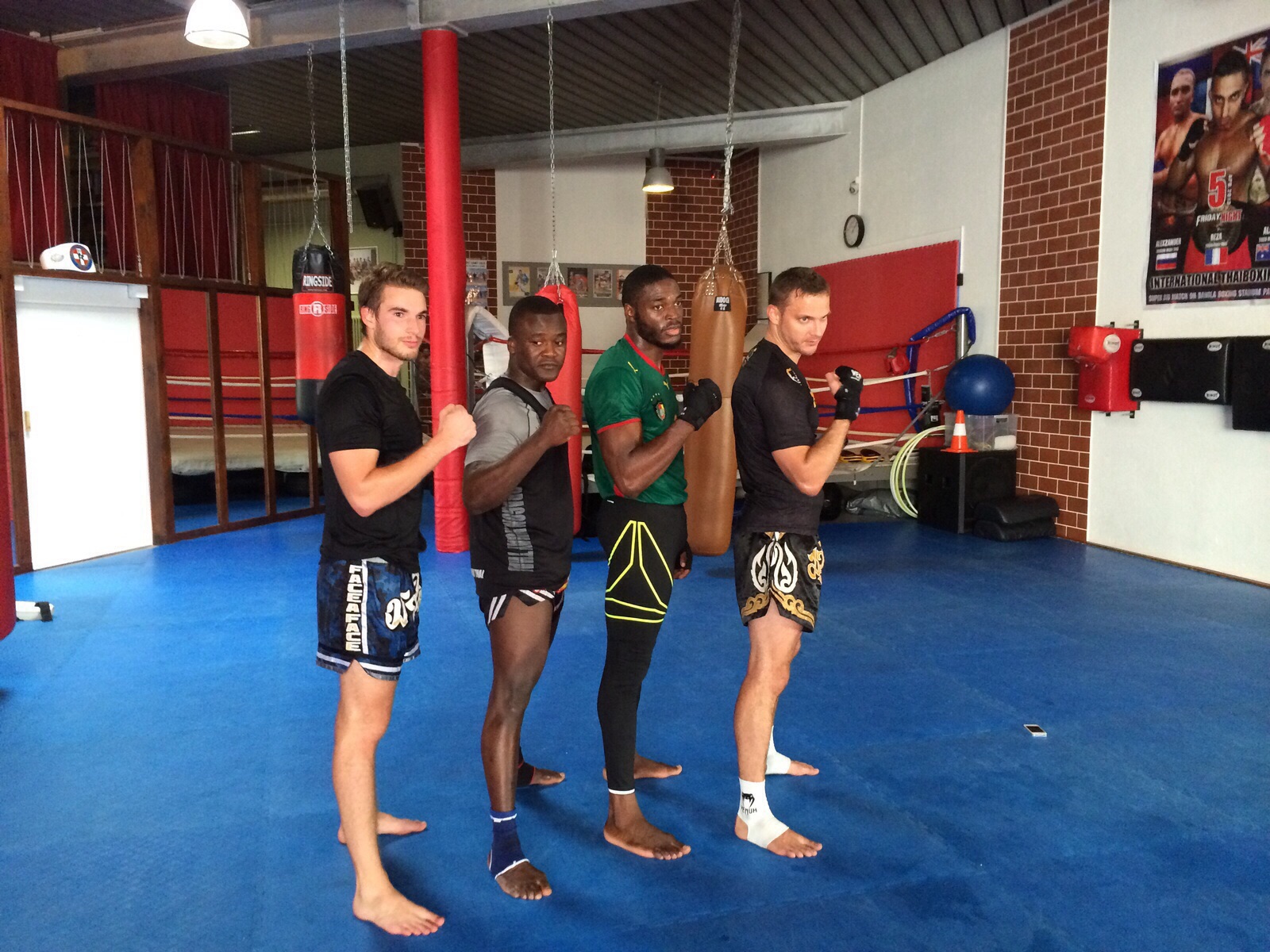 The Black Terminators, Ghana’s National Kick Boxing team will come face to face with their counterparts from the United Kingdom in February this year, 2016.

According to Switzerland based coach /fighter / promoter,
Lawrence Nyanyo Nmai, all plans had been laid and his partners in Europe have agreed to come to Ghana in October to stage one of the biggest fights in Africa, dubbed Ghana Vrs UK.
Lawrence Nyanyo Nmai who spoke to yours truly on telephone said there will bid huge cash prizes at stake and there will be a return fight whereby those who climd the stage to fight will travel to the United Kingdom for a similar event.
He noted that special attractions will grace the tournament as there will be more drinks and food for patrons as they watch the fights.
Lawrence Nyanyo Nmai who has trained in many countries in Asia and Europe said Ghanaian Kick Boxers will very soon be fighting in tournaments around the world and called for support from the government and the National Sports Authority (NSA).
He hinted that Kick Boxing is not an Olympic Sport, so they find it very difficult to get Olympic Solidarity Support and he is praying very hard for the sport to be recognized as an Olympic Sport.

He appealed to Sports Companies like Puma and Adidas to equip the National Kick Boxing Team as they prepare for the Big event at the Accra Sports Stadium, rlg Hathiramani Hall.
“We are coming to make Kick Boxing big in Ghana and Africa. Not everybody loves football. Some of us love to box and kick, so the government must consider us and not pump all the money into football. We need equipment and opportunity to travel and rub shoulders with others outside. We want to put the name of Ghana on the map and I believe we have the men to do it.” He said.