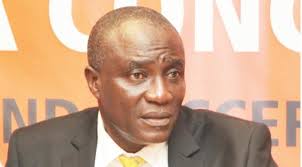 The FirsTrust G6 billed as the best of Ghanaian football will feature six of the top clubs in the country in an innovative one stadium housed football competition that will last for four days.

Supersports, the official television rights holder of the competition has allowed Ghanaian stations who want to broadcast the tournament the opportunity to do so in a bit to spread the good news of local football among the fans.

“United Television (UTV), ETV Ghana and GH One TV will be allowed to show all the matches live” tournament Director of the G6, John Ansah told Ghanasoccernet.com

“UTV is the biggest television station in Ghana today and they consented to full partnership rights with the FirsTrust G6 despite an obvious challenge to re-arrange their telecast schedule. ETV Ghana and GH-ONE TV are also on board to show the games. These television stations have shown a tremendous appreciation for local football by offering to partner the FirsTrust G6 despite short notices to all of them.” Said John Ansah.

The biggest praise however is reserved for Supersport for seeking the supreme interest of the Ghana league clubs Association, property owners of the FirsTrust G6.

“No wonder Supersports is a global leader in sports media and live football productions.. Their professionalism is unparalled and their commitment to developing the game of football in Africa is unwavering. This tournament has been rescheduled twice yet Supersports believed in the  profile of the competition and still backed the league clubs.”

They are producing the FirsTrust G6 with the emphasis they will deploy as though it was a huge game anywhere on the continent. And Supersports decision to partner UTV, GH-One and ETV as well as Metro TV really shows that they want to bring football home to every Ghanaian.

The FirsTrust G6 commences on Thursday with two matches a day till the final on Sunday which will feature just one game.

League champions Ashgold and FA Cup Champions Medeama SC are billed to arrive in SekondTakoradi on Wednesday morning while Hearts of Oak , Asante Kotoko , Berekum Chelsea and Aduan Stars have all confirmed their arrival in the twin city before close of business by wednesday…