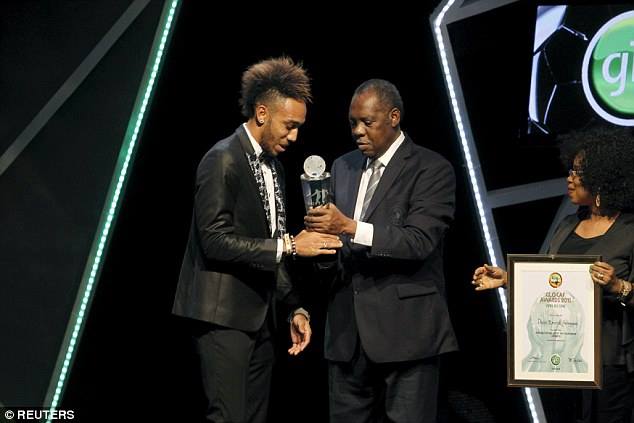 Ghana winger Andre Ayew has been beaten by Gabon and Borussia Dortmund striker Pierre-Emerick Aubameyang to the 2015 African Footballer of the Year award.
Announced at  the Caf Awards Gala held in Abuja, Nigeria, Aubameyang claimed the ultimate ahead of the Swansea forward as well as Manchester City and Cote d’Ivoire midfielder Yaya Toure.

Aubameyang, 26, becomes the first Gabonese to pick the gong, having narrowly lost to Toure in 2014. Toure also picked the award in 2011, 2012 and 2013.
Ayew joined the Swans in June from French side Marseille, and has been in impressive form in the English Premier League, netting six times in 19 matches.

He also helped Ghana to the final of the 2015 Africa Cup of Nations in Equatorial Guinea in February where they fell at the hands of a Toure-led Cote d’Ivoire.
In May last year, Ayew won the Marc-Vivien Foe award for Best African Player in Ligue 1 during his time in France.
Named Swansea Best Player for August, October and November, Ayew was adjudged Premier League Player of the Month for August as well as Best African Player in the Premier League same month.