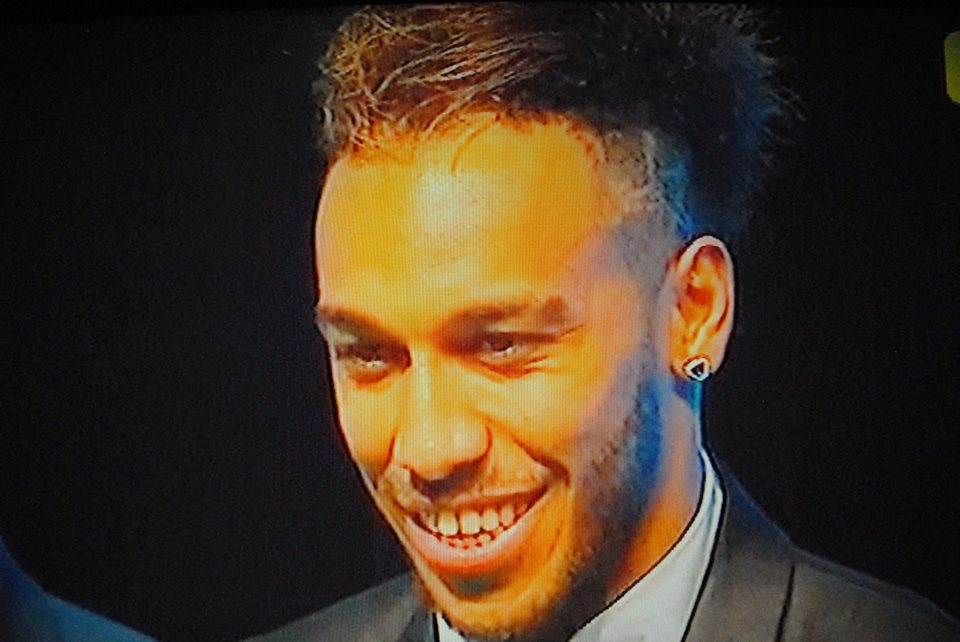 Gabonese striker, Pierre-Emerick Aubameyang, has said he is delighted to be named the 2015 African Footballers of the Year ahead of Yaya Toure and Andre Ayew.

The 26-year-old Borussia Dortmund forward is “proud” to become the first Gabonese to claim Africa’s biggest individual prize after an impressive year with club and country.

Aubameyang stated that he has had to put in “hard work and sacrifice” to become Africa’s top player and believes he will still be in contention to retain his title as the continent’s best player in 2016.

“When you’re next to players like Yaya Toure and Andre Ayew, you are proud to win this trophy in front of them because they are great players that I admire a lot. I will have to work a lot.

“But I have the qualities to be there again next year. But it is hard work and sacrifice too that have taken me this far.

“I thank the people of Gabon because this award is for them. I also want to thank my teammates in the national team and at Dortmund, their work helped me to score goals,” said Aubameyang after being crowned.