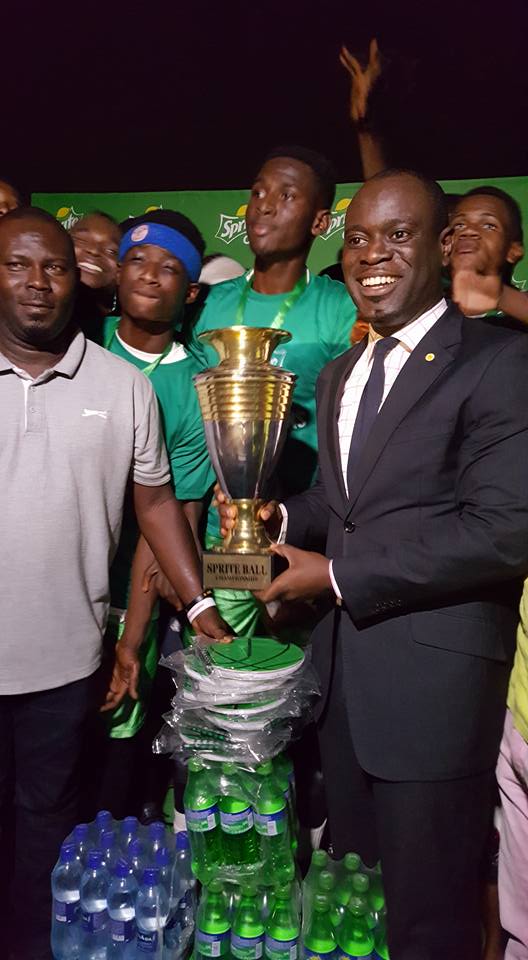 St. Augustines College yesterday put up a splendid performance coming down from 0-8 to win the Sprite Ball Championship 37-22 against rivals Mfantsipim School.

Dennis Dugbenu of St. Augustine’s College won the Most Valuable Player Sprite Ball National Basketball Championship 2016. The world must watch out for this guy!  at El Wak Sports Stadium.

The school also won the best coach as well as best behave supporters.

As the pictures show, Coronation Time! Coach Ampeah and the true champions. We are proud of you! St. Augustine’s College — at El Wak Sports Stadium.

“SHALL WE PRAY”!! Its not about me saying the prayer. Its about he good Lord who listens to his children when they comes to his throne of grace with humility. En route to winning the Sprite Ball Championship 37-22 against Mfantsipim School — at El Wak Sports Stadium

“One Adoremus! Mbo Augustine! Little did I know that I was inspiring champions in the making! God Bless Augusco!”Nat Attoh APSUNIAN —