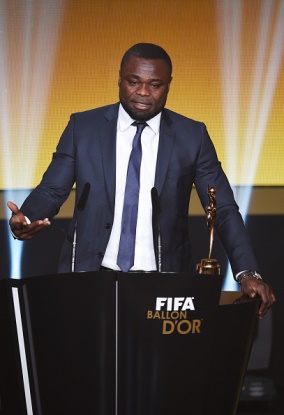 The former Schalke O4 striker received the award on behalf of clubs helping refugees around the world.

Asamoah recently announced his retirement after a successful football career.