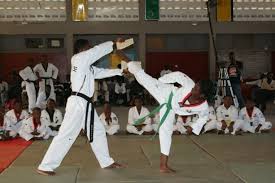 The tournament, which is a prelude to the Olympic Games in Rio, de Janeiro Brazil, in August this year, will see two finalist athletes qualify for the games.

Speaking to the media, Mr Lartey Otu expressed delight about his appointment and said it was not only an honour to him but to the entire Taekwondo sport in Ghana.
He said the tournament was for European athletes and therefore, European referees would not officiate.
“Similarly, African referees will not officiate or be judges in the African Olympic qualification tournament which will also take place next month in Agadir, Morocco”, he explained.