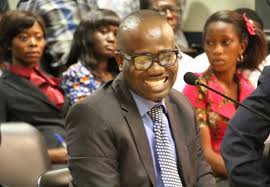 PEOPLE CAN PAY $2000-$5000 BRIBE PER VOTER TO BE ELECTED ONTO CAF EX.CO – GHANA FA BOSS MAKES A TELLING REVELATION

President of the Ghana Football Association, Kwasi Nyantakyi who doubles as a CAF Executive Committee member has made a significant revelation about the extent that candidates can go in order to be voted onto the powerful Executive Committee of the Confederation of African Football.

Nyantakyi, leader of Ghana football for the past decade with so much experience in African football administration has said that majority of people nowadays want to occupy upper echelon positions in football not to gain financially but to become popular and by that candidates could influence voters decision with lofty bribes.

“Most people go in there to just to become famous. That’s my view. Because lets take

In general, this revelation by the Nyantakyi, re-elected CAF Executive Committee member in April 2015, go on to firm corruption allegations in world soccer.

In 2015, the US federal prosecutors revealed cases of corruption by officials and associates connected with FIFA and other bodies under FIFA.

The governing body of World football has seen it top officials hit with a plethora of corruption charges as president Sepp Blatter was a handed a 90-day ban from all football-related activities in October 2015 alongside UEFA president Michel Platini.