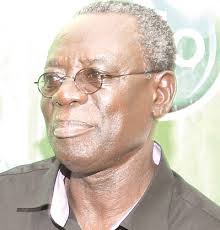 The former Chairman of Ghana Premier League Board, Welbeck Abra-Appiah says the PLB cannot be independent of the Ghana Football Association.
Abra-Appiah was appointed the chairman of the PLB in 2005 by the president of the Ghana Football Association, Kwesi Nyantakyi.
After a decade of service, Abra-Appiah chronicled his sweet-sour stay as the head of club football in te country after a successor was named on Thursday.

He appreciated the opportunity given him by the GFA president Nyantakyi and added that whatever success he chalked is down to the unrelenting support the GFA rendered the body.
“We cannot separate the Premier League Board from the Ghana Football Association when it comes to some projects and achievements,” the former Okwahu United financier told TV3 Ghana
He added: “Because I can tell you that without the support of the Kwesi Nyantakyi’s administration, nothing, I mean nothing would have been achieved in this country as far as football development is concerned.
With hooliganism at it’s peak, Kwesi Nyantakyi led administration devised many strategies to help curb the python which almost destroyed the country’s local football.

“There were many instances fans and officials were assaulted at match venues. Okwahu United of which I was the financier went to play in Tamale in a crucial match, Kwame Bamfo ‘Sikkens’ and myself were molested and all the people we knew, the RTU directors closed their and watch us been molested.
“I sat on the floor to watch the game because they would not permit me to sit on the chair. These are some of the moments that tells us that Ghana football has come of age and now we’ve stepped into a new era where some of these molestations and other atrocities are no more there in our football.
“We must give thanks to God and also thank Nyantakyi’s administration and the PLB for haven’t come these far.”