Delay of GPL a major worry to Clubs – Kurt Okraku 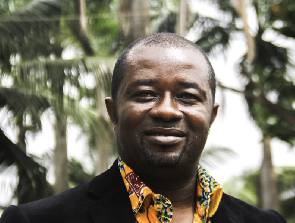 President of Dreams Football Club, Kurt Okraku says the delay of the Ghana Premier League is a worry to all clubs in the country.
The First Capital Plus Bank Premier League debutants are in dire need of competitive football to keep their talent development plan on track, but the FA and PLB are yet to get even a date for the premier league.
Though the league delay has not affected their project which is to scout for talents and give them the platform to sell their worth, Kurt Okraku says the lack of competitive football has made it difficult for clubs to themselves in good shape.
“We’ve bought well in the transfer market and I have so much believe in the team we are building because the new players are pushing above their limits to integrate well with the old ones,” Kurt Okraku told Asempa FM.
The just ended G-6 invitational tournament was one many described as ‘waste of resources and time’, but Okraku thinks it was competitive, and that what they are doing in training cannot be relied upon when there is no competition.
He added that the aim of Dreams Football Club is to stay in the league and to win a trophy will be a plus.

“We cannot rely solely on what we’re doing in training to grade ourselves. And after watching the G6 tournament, we saw all participating clubs doing very well in my opinion,” he said.
“We will play to stay in the league but if we are able to win any trophy, we’ll take that as a bonus,” he added.
Kurt Okraku few weeks ago said his side were not worried by the league delay, but in a sharp twist, he now sees it a worry.
“The delay of the league has been a worry to all the clubs in the country. Development of players is enhanced by competition, and so when the players you are trying to develop get competitions, it helps a lot, but with or without competition, Dreams FC will continue to go according to our planned projects which is to develop talents.”
“We have combined the conventional football team and the academy system programme in which provisions have been made to follow judiciously, so I can say the delay hurts, but we have laid out structures to tackle these kinds of things.”
Dreams FC ended the season as winners of Zone 3, but they are yet to be confirmed officially because Tema Youth is battling with them for fielding a player with two different names during the season.