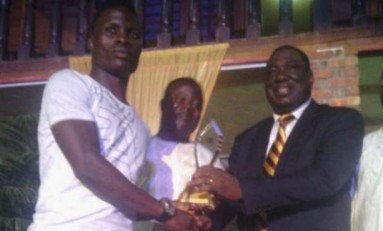 Accra Hearts of Oak are not leaving any stone unturned in their bid to bolster their squad ahead of the new football season.

The Phobians have completed the signing of King Solomon FC offensive midfielder, Samudeen Ibrahim on a three-year deal.

Samudeen Ibrahim was named as the Player of the 2014/15 Season in the first ever GN Bank Division One League Awards ceremony held in December last year at the Coconut Groove Regency Hotel in Accra.

According to Club sources, the player, his manager and his Club King Solomon have all agreed to the contract that was presented before them by the Phobians who beat all to seal the deal on Tuesday.

Samudeen joins the ever growing list of players being signed on by Hearts of Oak. He joins the likes of Agbashi Dotse, Richard Akrofi, Samuel Yeboah and other players who have just joined the Hearts fraternity ahead of the new season.

The player had his medicals today and will commence training with the team soon.