Why is the league in shambles? - SWAG quiz GFA 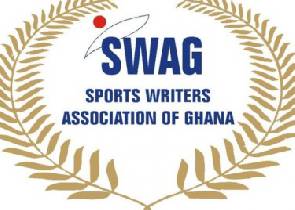 Why is the league in shambles? – SWAG quiz GFA

The Sports Writers Association of Ghana has called on the Ghana Football Association to explain why organisation of the local league is shambolic whilst that of the Black Stars is better.

And SWAG through its president, Kwabena Yeboah, has called on the body to wake up from their sleep because the flagship football competition in the coubtry is in coma and hopes of reviving it is gloomy.

“It is about time the GFA Executive Committee, in particular, sat up to confront the numerous problems that militate against the development of the local game, such as sponsorship for its competitions and general reforms aimed at giving the PLB greater autonomy and powers to effe­ctively organise the FA’s flagship competition.” Kwabena Yeboah said in a statement on Wednesday.

“In the last few years the FA has been entering into sponsorship deals for the Premier League which end in litigation. We had issues with the GLO sponsorship and now the Capital Bank has also pulled the plug on its sponsorship. We cannot continue this way because the FA always gets its act right when it comes to the Black Stars but the same cannot be said about the elite football competition,” he added.