Hearts did not sign Bekoe because he played for Kotoko 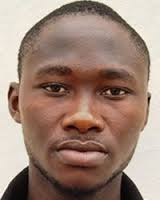 Bekoe who nearly landed a move to the former African champions had to settle for Sekondi Hasaacas after the move hit a snag.

A grapevine source close to the Strategic Committee created by the board of the club disclosed that the signing of Eric Bekoe raised serious issues at their meetings compelling them to postpone the sitting after a faction of the members disagreed.

The source further revealed that two member of the committee Frank Nelson and Alhaji Braimah Akanbi were in favour of signing the former goal king while Sowah-Odotei, Gerald Ankrah and … were against the move.

At the last meeting to decide on the final decision on the striker, the two members who were in favour of the move argued that Bekoe is an experienced player whose image alone is a marketing tool. They further added that the former Petrojet striker is a crowd puller as well as an intelligent communicator who could get the fans to fill the stands.

The side that did not agree to the move also argued that the player is a full-blooded Kotoko person  and that he cannot play for the Phobians with that character.

The three members who did not want the player because he had played for Kotoko before succeeded since they were three as against two who were in his favour.