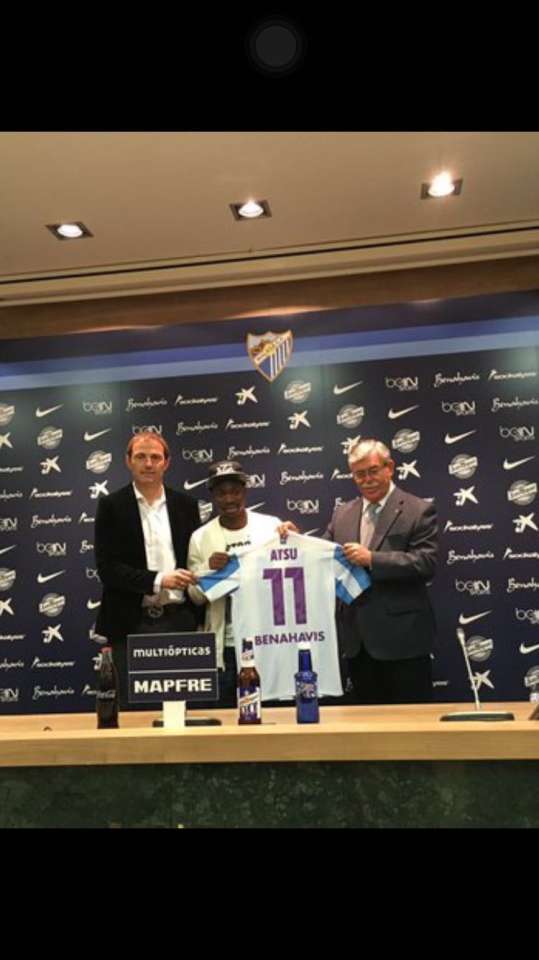 The Ghana international completed his loan move to the Primera Division side from Chelsea on Tuesday.

Atsu was a subject of transfer interest with host of Spanish clubs like Epsnayol, Rayo Vallecano and Levante all reportedly chasing for hisn signature, but the prospect of regular first team football at Malaga looks to have swayed the player.

Atsu joined Chelsea in the summer of 2013 and has already spent time at Everton and Dutch side Vitesse Arnhem on loan.

The Ghana international moved to Bournemouth on loan at the beginning of this season, but was recalled by the Blues after failing to make an impact with just two appearances for the Cherries.

The former Porto winger has 42 caps for Ghana and his Blues contract expires in the summer of 2018.