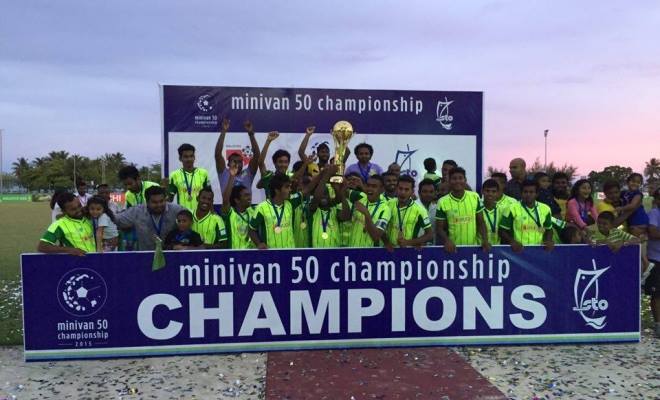 Ghanaian born Feydhoo FC attacker, George Payne, made history with his club in winning their first ever silverware in the Minivan 50 Championship after defeating Faredmaathodaa FC 1-0 in the finals of the competition.

Payne helped his team with 11 goals in 10 matches making him one of the top scorers in the competition.

The minivan 50 championship is a flagship tourney in the Republic of Maldives, engaging seventy-eight(78) football clubs.

Payne, who was filled with sheer joy after the history making victory speaking to sportsworldghana.com said “first of all, I give thanks to almighty God for this victory, it was a five month lasting tourney which was indeed very difficult, but in all, I’m happy to have made history with my club Feydhoo FC.”