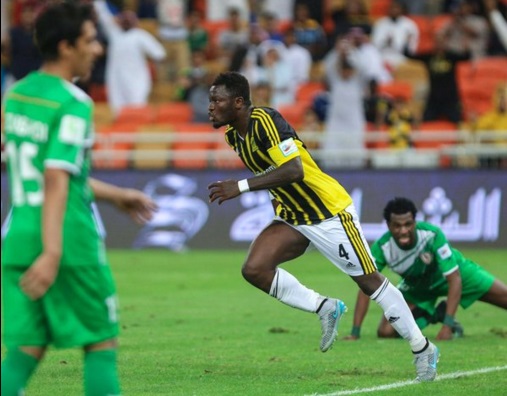 Muntari shooting from range to score his first goal

The experienced 31-year-old midfield colossus struck in the 36th minute to claim victory for his side at the King Abdullah Sports City in Jeddah.

Ittihad, third, needed the maximum points to keep up the challenge on leaders Al Hilal but Najran, trapped in the relegation zone, gave them a tough challenge as they had to rely on Muntari’s lone strike to win the tie.

The goal was Muntari’s debut goal for the club since joining them as a free agent from AC Milan in the summer.

He has made 13 league appearances for them and has now netted his first goal for the club.