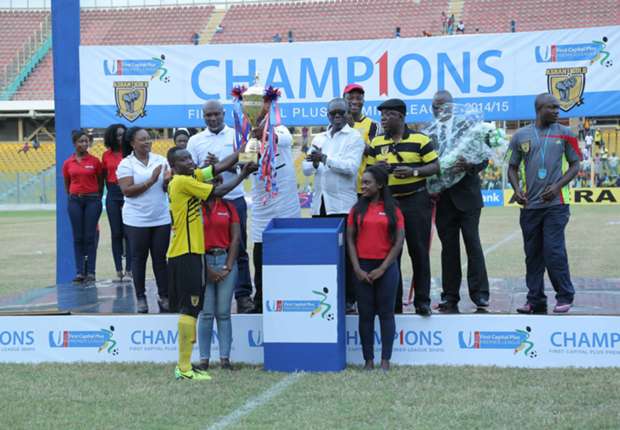 The Ghana Football Association (GFA) will launch the 2016 Super Cup between Premier League sides AshantiGold and Medeama on Wednesday, February 3, 2016.
The match will be played at the Accra Sport Stadium on Sunday, February 7, 2016.
League champions AshGold and Medeam want to use the Super Cup to test their preparedness for their Continental Challenge.
Medeama won last season’s Ghana FA Cup after beating Asante Kotoko in a nail-biting final.

AshGold are the league Champions and they want to prove that they are really the champions, the Tarkwa lads want to show them another way. Certainly it would be an entertaining game and fans must watch it live.
The Super Cup ushers in the new season, which will kick off on 20 February, 2016.

All the 16 Premier Division Clubs have prepared adequately for the season and despite the huge delay, pundits of Ghana Football believe the 2015/2016 season will be keen.

The clubs have made some exciting signings with Asante Kotoko leading with the high purchases, Liberty Professionals who are 20 years old this year want to win the league with youthful talents, but veterans Accra Hearts of Oak after an”impartation match” are very eager to claim the title after over five years.