Battle of the Rising Boxers at Kaneshie Sports Complex 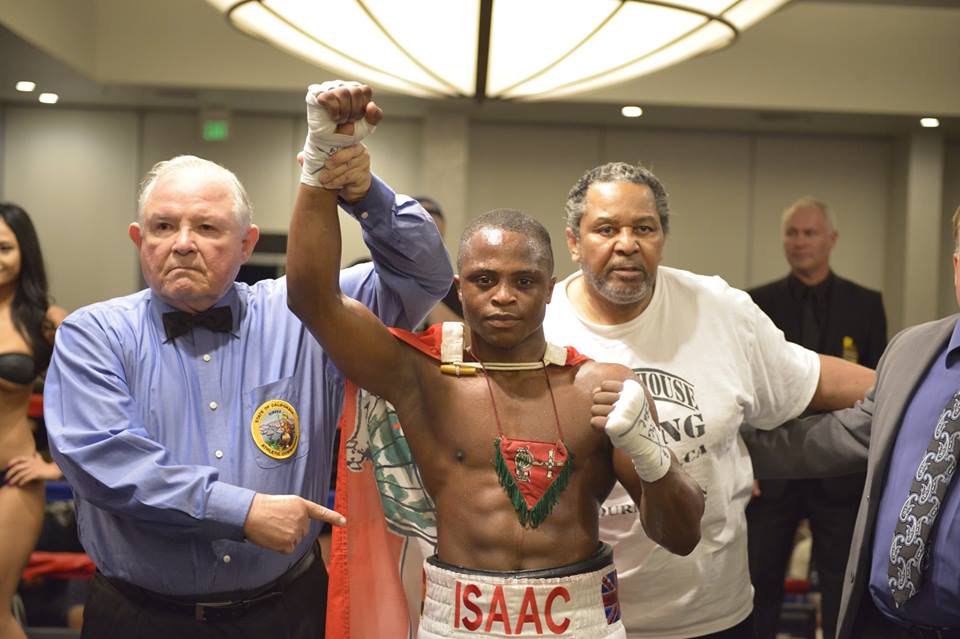 Isaac Dogboe otherwise known as, ‘The Royal Storm’ brings home his envious boxing skills on February 20, 2016 as he comes toe-to-toe with Michael Pappoe at the Kaneshie Sports Complex.

The two boxers speaking at a pre match hype on Wednesday, February 3, promised fireworks ahead of the bout.

“I have watched Isaac Dogboe fight a couple of times, but I’d like to tell him that he hasn’t fought with the best. This is the time for me to be champion so he should be ready for me, for I am coming at him,” Michael Pappoe said.

“I decided to give my fans a royal treat by taking the fight a little far, but I’m told he has been jumping from one shrine to the other soliciting for spiritual help and because of that I am going to knock him out,” Isaac Dogboe fired back at Pappoe.

The bout is being put together by Aborigines Beach Resort in collaboration with TV Africa.

At stake for grabs are Isaac Dogboe’s WBO and WBA titles in a winner takes all contest.