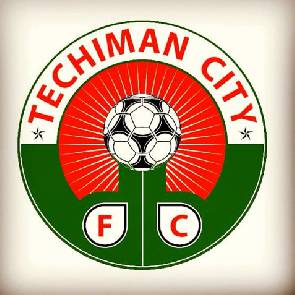 Media reports confirm that Techiman City FC has filed an appeal and a stay of execution on the decision of the Ghana Football Association’s Ethics Committee to demote the club to the second division.
Lawyers of the Techiman-based on Monday submitted documents to the GFA Ethics Committee at the FA secretariat.
The filing of an appeal and stay of execution means Techiman City is still among the sixteen premier league clubs per the Article 37 (17) of the FA rules until the FA adjudicating body respond to their appeal — which will either confirm their stay or insist they should be demoted to the third tier of Ghana football.
Techiman City were demoted to Division two after the Ethics Committee found them guilty of alleged bribery and match-fixing to influence the result of their match week 22 Division One league fixture against Wa Africa United at Damongo Park.
Techiman City appealed and were granted stay of execution pending hearing before the FA adjudicating body.
And on February 3, the Ethics Committee announced the decision after a thorough understanding of the case involving the two teams.