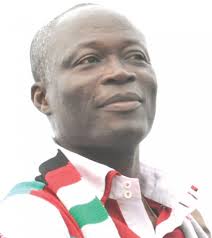 Ghana’s new Sports Minister Hon. Nii Lante Vanderpuije insists he will never beg any Black Stars player who will not be ready to play for the national team over issues of winning bonuses.
Black Stars players were in a series of bust ups with the Ministry of Youth and Sports over winning bonuses as the then Minister, Dr. Mustapha Ahmed was reported to have announced a slash in the winning bonus of the players.
Black Stars captain Asamoah Gyan and his deputy Andre Dede Ayew publicly announced that they will not accet any bonus slash as the approach by the Ministry was disrespectful to the players.
But Sports Minister Hon. Nii Lante Vanderpuye says he will not beg any Black Stars player to play fior the nation over winning bonus misunderstandings.
“Sometimes, you need to let people understand that this country cannot go down on its knees to beg a person to do one service or another.”
“In the year 2000, when we co-hosted with Nigeria, just before our first game, I was with Alhaji Jawula, Nana Butler and the GFA people at the Presidency. I was with Professor Mills at that time, then Vice President,” Vanderpuije told Accra based Starr FM.
“Then we heard some news that the players had embarked on some rebellion that they were not going to play the match if their allowances are not increased. So, the coach Osam Duodu and the rest were worried.”
“We went there in the morning and shouted, who doesn’t want to play? We won’t pay so if you don’t want to play you can leave. Players who want to play should pick up jerseys. One or two players started picking up shirts and the rest started scrambling for the jerseys.”
The new Minister who appears charged for the job believes players should beg to play for the nation and not the other way round.