NSA warn journalists who lie about the Authority 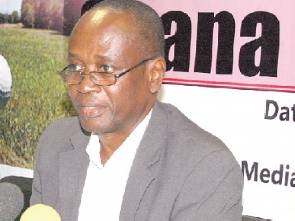 The National Sports Authority has vowed to deal with local journalists who spew lies about the outfit.
The NSA are unhappy with recent media reportage over claims of embezzlement in the 2013/14 Auditor General’s Report.
The Authority’s spokeswoman Frederica Mensah has warned her outfit will deal ruthlessly with journalists who deliberately put false news about the outfit.
But in an interview with Kumasi based Otec FM, she said the National Sports Authority did nothing wrong and the subsequent Auditor’s General Report will justify that.