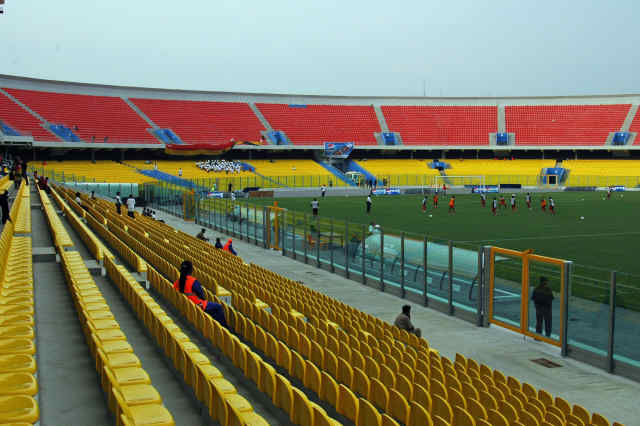 The Deputy Minister of Youth and Sports, Hon.Vincent Oppong Asamoah, has informed Parliament that an estimated amount of GHC12 million will be needed for the rehabilitation of the deteriorating metal railings at the Accra Sports Stadium.

Mr. Oppong Asamoah disclosed this on the floor of Parliament on Wednesday when he appeared before house to respond to questions on the poor condition of the Accra Sports Stadium and the Kaneshie Sports Complex on behalf of the substantive minister.

According to him, “the total estimated budget for the ministry in 2016 for assets is GHC1.5million,” and that the amount was nowhere near the cost of fixing the metal railings at the stadium.

He informed the legislators that the National Sports Authority had submitted a request for proposal for a Public Private Partnership to the Public Investment Division of the Ministry of Finance and indicated that the arrangement would result in the rehabilitation of the Accra Sports Stadium and other stadia in the country.

The Deputy Minister noted that minor maintenance of the stadium was performed with the meagre internally generated funds of the authority.

When asked of the total cost of rehabilitating all the facilities at the stadium, Mr. Asamoah could not give any specific estimate but said that the little resources available would be used to manage the stadium before a private investor comes on board.

With regards to the Kaneshie Sports Complex, the Deputy Minister announced that a Memorandum of Understanding (MoU) had been signed between the ministry and Thumbay Group of Companies in Dubai to rehabilitate the sports complex.

“The project when it finally takes off will breathe new life to the deteriorated sports complex and provide facilities like swimming pool, tennis court, among others. Currently, management of the Kaneshie Sports Complex is done by the National Sports Authority and the National Youth Authority from their meager resources,” he said.

On the estimated cost of renovating the entire project, Mr. Asamoah said the MoU was only an expression of interest and added that the actual cost of renovation would be known in the ministry’s subsequent engagements with the Dubai firm.

He assured the House that the ministry would continue to explore avenues of securing the necessary funds to rehabilitate the two facilities to improve sports in the country.