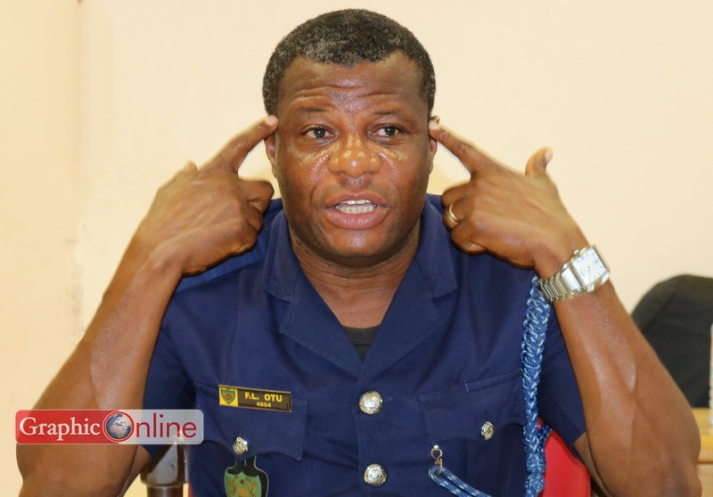 The president of the Ghana Taekwondo Federation (GTF), Frederick Lartey Otu, has debunked as outright falsehood, accusations of bias levelled against his administration in the selection of athletes to compete at the ongoing Olympics qualifiers in Agadir, Morocco.
He said far from being the case on the ground, the selection of athletes for the Morocco Olympics qualifiers was handled by the national technical committee headed by the technical director, Mr. Joseph Brako and whose competence is not in doubt.

A former taekwondoga and now a licensed taekwondo trainer, Charles Tsibo Cromwell, 36, had claimed in media publications Thursday that he was Ghana’s best in the sport but was sidelined in the selection for the Morocco qualifiers.
Speaking however to Graphic Online in reaction to the accusations, Mr. Lartey Otu wondered what Cromwell’s motivation could be for making those wild allegations, saying Cromwell knows very well he was not speaking the truth, “if he indeed made those claims at all.”
Mr Lartey Otu who insisted Ghana was well represented by her best four athletes, had Messrs. Joseph Brako and Adnan Lamptey, the Public Relations Officer of the federation, corroborating his stance.
Ghana was represented at the qualifiers by Danielle Pelham, Eunice Omolara Adedapo, David Adjetey, and Terrance Tetteh Asare.
“They were our best athletes, without doubt. You don’t call yourself the best only on the basis of ranking. The nature of the sport demands that you compete where you have comparative advantage. Ask Cromwell what medal he has ever won for Ghana in spite of the many tournaments he has participated in”, an obviously unenthused federation president quipped.
US-based David, a silver medalist at the 2015 All Africa Games in Congo and previously had won an All Africa Games bronze; Danielle, also based in the US, equally had won bronze at the All Africa Games in Congo and won Bronze at the Olympic qualifiers in Morocco; Eunice was our best athlete (female category) at the Korea Ambassador’s Cup tournament organised by the Ghana Taekwondo Federation and the South Korean Embassy last December.
Added to Mr Lartey Otu’s surprise, he said, is Cromwell’s sudden turnaround. “You called me to ask me if we had completed the selection of athletes for the qualifiers and I told you we had not and that the technical committee was working on that. When the committee of technical officers and coaches submitted their work, I called you personally to inform you that you could not make it and for which you expressed appreciation”.
On the phone to Mr. Brako, he also expressed surprise that Cromwell could feign ignorance of the processes that went into selecting athletes for the qualifiers, saying this was a most transparent selection that put together for the first time both the technical handlers and coaches to do the selection.
He explained that ahead of the 2015 All Africa Games, the athletes had been encouraged to do their best with a promise that medalists would gain automatic selection to the Olympics qualifiers, which slots went to David Adjetey and Danielle Pelham. Eunice Adedapo, with her performance at the Ambassador’s Cup, got the second female slot while the committee originally settled on Benson Addo for the final males’ slot.
According to Mr. Brako, when the federation failed to secure funding from the state for the tournament, it sought sponsorship to enable Ghana participate in the qualifiers. Among other institutions, the Ghana Olympic Committee (GOC) which came to the aid of the federation advised that since there was no money, Terrence Tetteh, who was on the GOC’s scholarship, should rather be given the slot to reduce the funding burden, which counsel the federation finally accepted.
“Cromwell was not in the picture at all and please ask him if I did not personally call him to inform him about it, for which he thanked me”, said Brako, who also insisted “He is very much aware.”
He said given the cordial relations that had existed between the federation and Cromwell, including recommendations for his travels and official acknowledgement to compete in the name of Ghana at competitions the nation may not be able to compete in, only Cromwell could tell what is motivating him for his sudden turnaround.