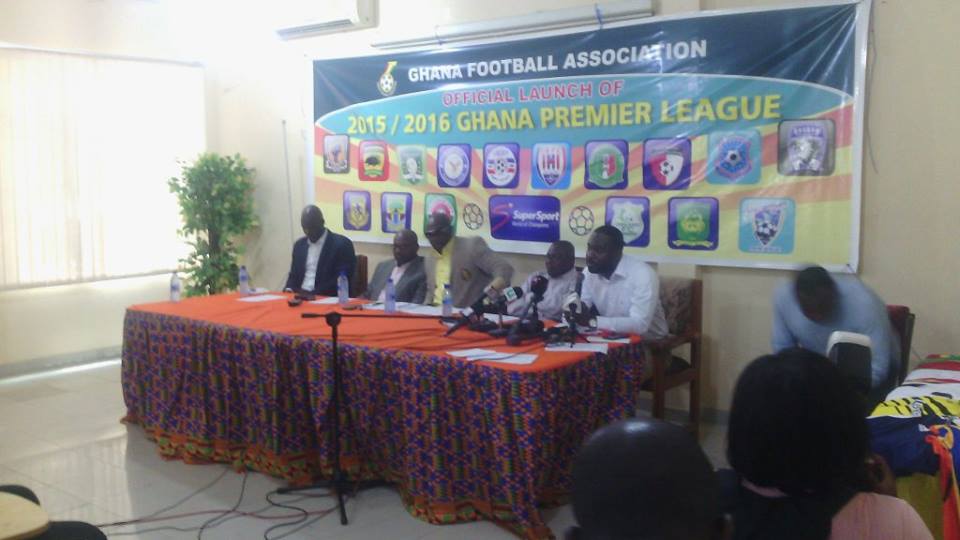 The 2015/2016 Ghana Premier League Season was officially launched by the Professional League Board (PLB) and Ghana Football Association (GFA) at the headquarters of the GFA (Football House) in Accra.

The new season is five months behind schedule after several issues between Clubs and Ghana FA delayed the start of the campaign which was scheduled for October 2015.

Also in attendance were representatives of the 16 Premier League Clubs.

Tony Baffoe, PFAG General secretary,  revealed that an insurance package for all players of the 16 Clubs to play in the league will be outdoored soon.

PLB Chairman Ashford Tettey- Oku highlighted  the reasons why the delay in the commencement of the league. He also formally announced that Mr. Tamimu Issah has been promoted to the PLB and he will be in charge of Communications.

The much awaited 2015/2016 Ghana Premier League season will now officially commence on Saturday 20th February 2016 at the various league centers and Asante Kotoko will play WAFA in the first match of the season at the Sogakope park.

The match will be televised live at 3:20PM GMT on SS9 209 ON DStv, SuperSport Select 2 on GOtv, and Ghana Television (GTV).

SuperSports handed right to GTV to show all Saturday games live but a delayed game wld be showed on Sundays.

Kennedy Denkyi Appa of Super Sport urged the media to support the GFA and PLB positively for a successful season.

The Vice President of the FA George Afriyie adviced the media to be positive and ensure that the Ghana Premier League grows and develops like the popular leagues in Europe He noted that very soon some companies will come on board to support the clubs financially.