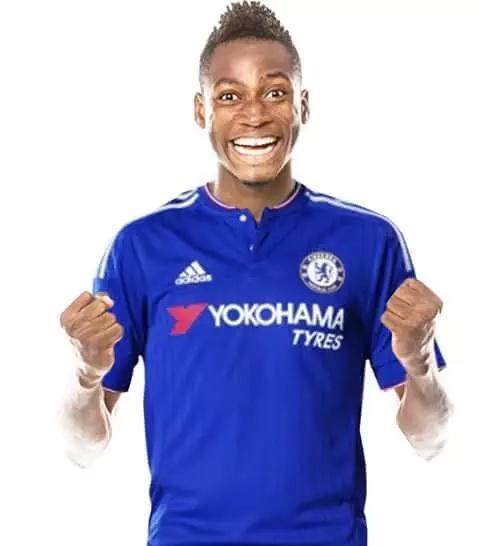 Baba Rahman was in excellent shape against PSG

On a night when Chelsea’s hopes in the Champions League were left in the balance, Abdul Baba Rahman proved he does have a future at the club after all.

Those among the hierarchy won’t have enjoyed the bitter taste of a narrow 2-1 defeat, but it wouldn’t be surprising if they still felt a sense of relief as they left the French capital.

Chelsea’s judgement in the transfer market last summer has come under intense scrutiny during the terrible campaign so far and rightly or wrongly, Rahman has been highlighted by many as where they got things completely wrong.

Arriving from Augsbug for a fee which could rise above £21million, the Ghana international left-back has spent much of the past six months warming the bench.

The fact that England international Ryan Bertrand, who was sold by the club for £10m in 2014, continues to impress for Southampton, just proves their decision making is all the more bizarre.

Former manager Jose Mourinho barely gave Rahman a look-in before he was fired in December, handing him just nine appearances.

Even the arrival of Guus Hiddink didn’t improve things and he complained last month about a lack of opportunities.

Sometimes it takes a bit of fortune or in this case, misfortune to others, for things to turn around and thanks to Chelsea’s injury crisis, Rahman finally got his chance.

He was only selected to play at the Parc des Princes because John Terry and Kurt Zouma were injured, meaning Hiddink was forced to move Cesar Azpilicueta to right-back and Branislav Ivanovic to centre-half. All the talk before the match was how Rahman was Chelsea’s weakest link, something PSG coach Laurent Blanc must have thought, too, given he selected £44m summer-signing Angel Di Maria to play up against him.

The sense of anticipation among the home support in the opening minutes was clear every time Di Maria had the ball at his feet, with the inexperienced full-back in front of him.

Laughter and jeers rang out as one trick from the former Manchester United winger sent the bewildered Ghanaian on to his rear and it only seemed a matter of when, and not if, PSG would capitalise.

But Rahman has plenty of mental fortitude, it turns out. Maybe, as he told Standard Sport in November, all the advice he has been getting from his idol and former Chelsea midfielder Michael Essien is paying off.

Essien has been advising him to be patient and to trust that his talent will shine through at Stamford Bridge.

As PSG’s attacks started to peter out in the opening stages, it was Rahman that helped take the fight to the opposition. His fine cross should have led to a goal for Diego Costa, whose header was tipped on to the bar by keeper Kevin Trapp.

That moment of quality crucially sent out a message that Chelsea could pose a threat and they started to retreat. Rahman continued to join in Chelsea’s counter-attacks and forced Di Maria to track back.

Chelsea’s main doubts about him though have been about his contribution defensively and there was still the odd sign of weakness.

But it was a measure of his display that PSG’s frustration grew and was only relieved when Edinson Cavani broke away for the late winner. Rahman may not be the finished article, yet at least everyone now knows he is not finished at Chelsea.