China - The New Haven for footballers? 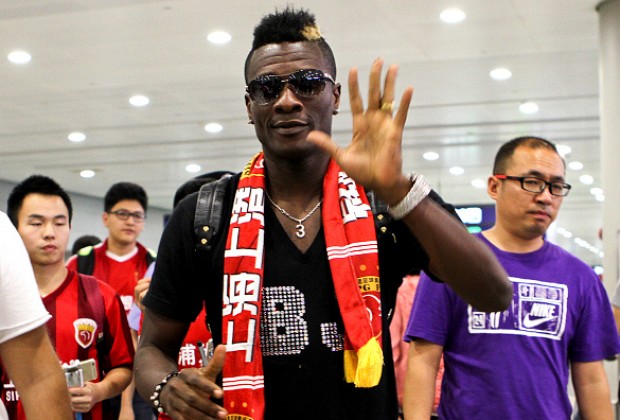 Is China the new football haven?

The Chinese Super League is attracting top stars from across the globe ahead of the upcoming season. Could China be the football haven?

The Chinese Super League may not be as glamorous as the English Premier League or the Spanish La Liga but its millions are attracting players to opt for it, mostly Brazilians and South Americans who are being offered huge pay cheques to ply their trade in China.

Clubs in China are paying astronomical figures to get South American players because they have different skills from the Asian players to make their league more competitive. The television broadcast right which was announced back in October last year and massive investment by Chinese billionaires can also be attributed to sudden influx of good players to China.

To acquire much expertise in the football business, Chinese billionaires are investing outside China, Wang Jianlin owns a stake in Atletico Madrid and a Chinese consortium is bidding to have a stake in David Beckham’s MLS franchise.

It all started in 2011 when one of the brightest prospects from the Brazilian League, Dario Conca transferred to Guangzhou Evergrande becoming the third highest paid player after Lionel Messi and Cristiano Ronaldo.

The CSL is not only attracting players but high profile coaches as well. Sven-Goran Eriksson and Luiz Felipe Scolari are two high profile names managing in China.

Should other leagues be worried about China’s spending power? Arsenal manager Arsene Wenger says China may have the financial clout to take the best of European football.

Some people have the opinion the Chinese Super League will surpass the Major League Soccer soon and with the big names singing on for clubs the league, coverage from international media is inevitable.

The MLS signs older performers closer to the end of their career, while China is targeting players closer to their prime. With this, one can say the CSL will one day surpass the MLS. Only time will tell.

The spending continues unabated with Wayne Rooney and John Terry deemed to be the next big target. Experts expect most of the big names coming in now to depart China in the short term. When players really start staying for multiple seasons, then we’ll know that the CSL is becoming a real competitor for players.

If I was a footballer and a Chinese club came calling, I wouldn’t say no. I now understand Asamoah Gyan’s decision, even though for footballing reasons, it was wrong then. China is definitely the NEW GUY.