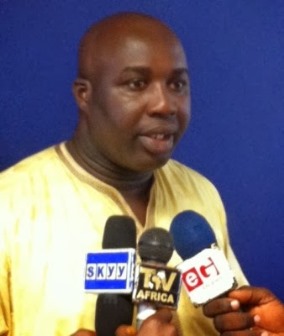 Vice chairman of the Ghana League Clubs Association, Mr. Isaac Wilberforce Koomson has revealed that the Ghana Football Association and the Premier League Board are close to securing a sponsor for the Ghana Premier league.
The Ghana Premier League will start on February 20 without a recognised headline sponsor after First Capital Plus Bank now Capital Bank wrote a letter to the FA suspending their sponsorship responsibilities last year.
The FA insist the financial institution remains the headline sponsor of the league because the suspension of their responsibilities is alien to the contract signed about 2 years ago.
However, they are working on securing a corporate body to either partner Capital Bank (should they rescind their decision) or replace the financial institution if they insist on sticking to their stand.
And GHALCA vice chairman who is privy to some information says the FA is close to securing a headline sponsor.
“I can confirm that the FA is close to securing a corporate body to sponsor the league. I am privy to some information from the FA and I can assure clubs that a headline sponsor will be found soon,” Isaac Koomson who is rumoured to be interested in contesting for the GHALCA chairmanship position told sportscrusader.com.
“Super Sport is on board as a sponsor for coverage of the league, but we appreciate the fact that we need a headline sponsor and the FA is close to securing a sponsor.” He said.
When asked for names of a potential corporate bodies ready to headline the league, Mr. Isaac Wilberforce Koomson declined to mention names.