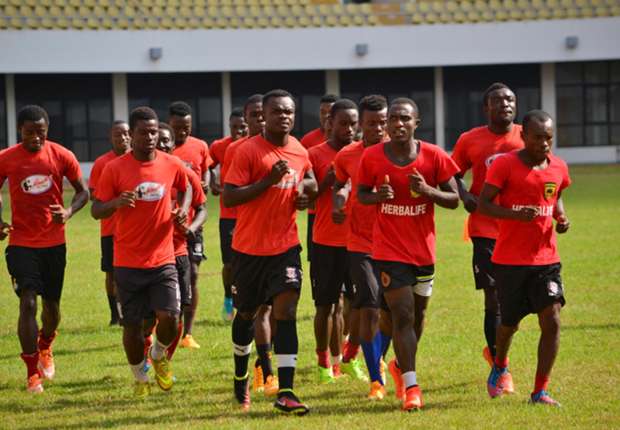 Owusu, 26, suffered the injury while playing with friends after breaking from camp and has been ruled out of the upcoming season.

“We will punish Jackson Owusu for picking up an injury in a game that was not sanctioned,” Osei told Happy FM.

“We have our code of conduct and we will look at the appropriate punishment for him. But we will help him recover and also foot his medical bills.”

However, Owusu has issued an apology to the Kotoko fraternity, seeking for forgiveness and support.

“I want to tell everyone at the club [Kotoko] that I’m very sorry for what has happened,” he toldFox FM.

“I am asking for forgiveness because I know it was unprofessional on my part but I’m truly sorry for my inaction. My injury has affected the club immensely since I was to be part of the first team.”

Owusu had a successful surgery on Monday at the Okomfo Anokye Hospital. He is expected to be back in November.