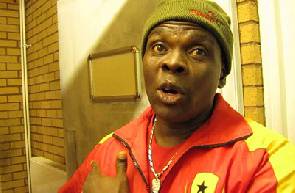 The immediate past coach of the Black Bombers, Ofori Asare, will conduct an AIBA 2-Star certification coaching course in Cameroun ahead of the Olympic qualifiers in March.
Coach Asare is expected to depart Accra on Friday for the programme, which begins on February 22. The course, organised by AIBA for its best instructors worldwide to conduct courses for junior level coaches ahead of the Olympics, offers the coach the requisite opportunity to hone his skills for Rio 2016.
The veteran ace coach, who until recently was in charge of the Black Bombers, became an AIBA-certified coaching instructor after succesfully conducting an instructor’s course late last year in Ordu, Turkey.
“I am very happy about this privilege offered me by Association Internationale de Boxe Amateur (AIBA)”, he told Daily Graphic in an interview.
Meanwhile, the veteran coach has described the ejection of the Black Bombers from the national hockey pitch as unfortunate. He has therefore called on the sports authorities to address the issue as soon as possible.