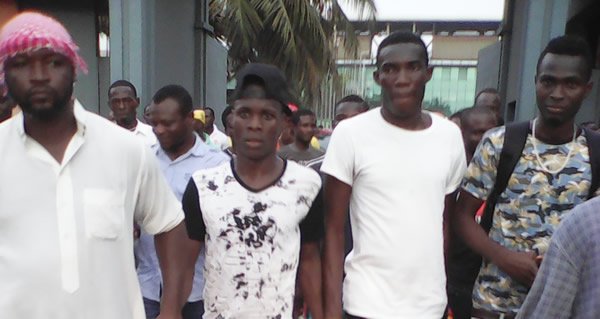 Samudeen Ibrahim in black and white shirtrt
After a flying start to this season, Hearts of Oak have been hit by news that playmaker Samudeen Ibrahim has been side lined for two weeks.

The Division One League Best Player picked up a foot injury in their debut League match against New Edubiase at the Accra Sports Stadium.

Samudeen was named the man of the match in the 1-0 victory for the Phobians.

Public Relations Officer of the Club, Kwame Opare disclosed to Joy Sports in an exclusive interview that the promising midfield maestro was indeed injured.

“Thankfully the team physiotherapist took him to pick some X-Rays at Korle-Bu, and the reports show that there aren’t any damaging acts feared or anticipated.

“So the Physio and the Doctor have actually designed a special training for him to go through between Thursday and the weekend, so that they see if he would be back as soon as possible.”

The injury rules Samudeen out of Sunday’s cliff hanger against Medeame in Tarkwa.