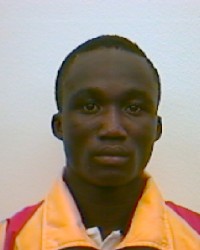 UK based undefeated Ghanaian boxer, Isaac Dogbe has spelt out his intention of fighting Manyo Plange if he passes his medicals prior to the intended boxing bout.
Dogbe who successfully defended his title against Micheal Pappoe over the weekend still remains undefeated after fighting 13 times and has won eight by way of knockout and five by unanimous decision.
In an interview with the trainer and father of Dogbe, Mr. Paul Dogbe said, “my son is not scared of fighting anyone, he is ready to fight Plange in any category if only he passes his medicals and is declared fit to fight, we will be pleased to give him a chance”.
This bout will be a sensational as Ghana tows the path of gradually reviving the sport, which used to bring the nation honours some years ago. Undoubtedly these boxers are the two finest talent on the local scene currently and have both won medals at the amateur level in their respective careers.