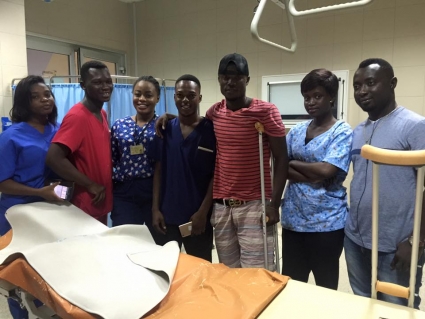 Kotoko midfielder Jackson Owusu has finally been discharged from the hospital after undergoing a successful surgery.

Owusu suffered a horror setback after breaking his leg while playing in a Sunday Special game two weeks ago.

The 26-year-old who has been receiving treatment at the Okomfuo Anokye Teaching hospital on Wednesday was discharged by doctors to continue his rehab.

The former Berekum Chelsea captain has been ruled out of the season hence expected to stay out from action for the next eight months.

His absence has left Coach David Duncan worried having remained a key member of the Kotoko squad.