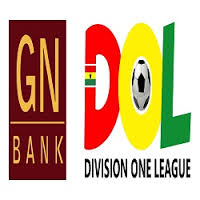 The launch will mark the official opening of the Division One which is scheduled to kick off on Saturday February 27.

The Ghanaian second tier league which was originally scheduled to start this Saturday February 20, has been postponed to next week to enable the Division One League Board issue licenses to all the players of the 48 participating clubs.

The decision to postpone the league by a week was arrived at, at an emergency stakeholders meeting at the Ghana FA Head quarters.

Meanwhile the Premier League has began in a bang though there is no sponsor yet.