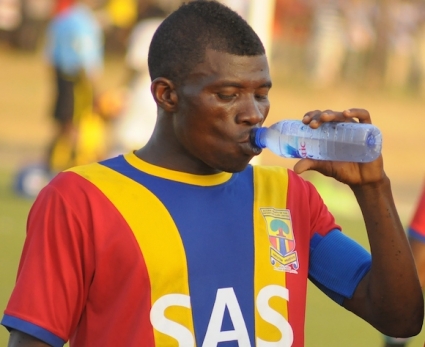 Former Accra Hearts of Oak midfielder Moro Abubakar has revealed his desire to join any Ghana Premier League side in the second round of the season.

The 24-year-old is currently without a Club after terminating his contract with Serbian Club Donji Srem.

The former Tudu Mighty Jets midfielder failed to land a deal with the Phobians prior to the start of the Ghana Premier League.

Moro Abubakar who captained the Rainbow Club during the 2013/14 season says he is prepared to join any Premier League Club who will be ready for his services.

“For now am free, am just training at the Lizzy Sports Complex to keep me fit, he told Starr Fm.

The player made the Ghana Premier League team of the season after his stellar performance for the Rainbow Club during the 2011/12 season.