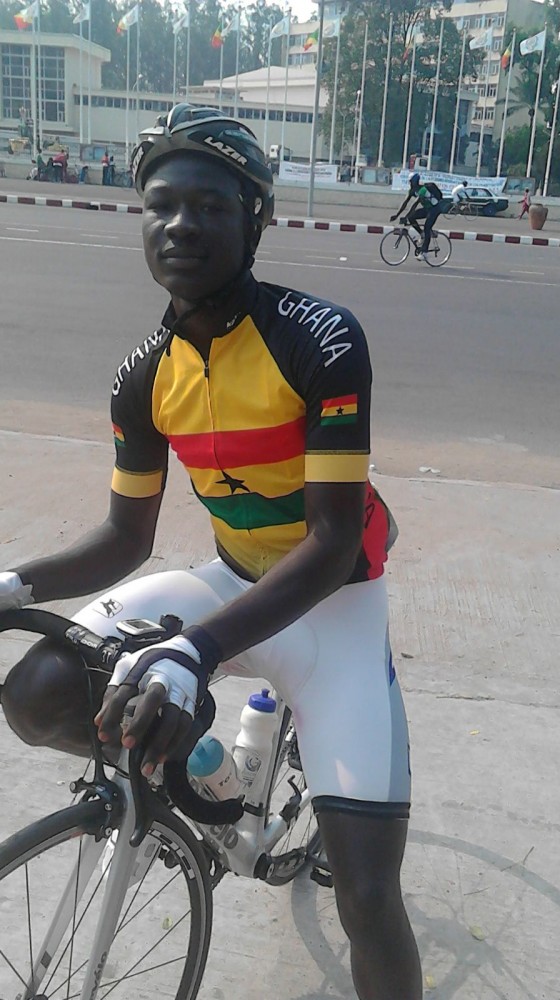 Ghana’s medal hopeful in the ongoing African Olympic Cycling qualifications in Morocco, Anthony Boakye has set his sight on returning home with a ticket to the Rio Olympic Games.

The fastest emerging cyclist on the local scene pledged to book Ghana a place in the 2016 global showdown in the road race category.

The workaholic cyclist accepted the challenge from the North Africans in particular but has pledged to hoist the flag of mother Ghana in the tournament proper.

Boakye, leads a team of six other athletes to Morroco for the African qualifications where representatives will be chosen to represent Africa at the Rio showdown in Brazil.

The 2011 young cyclist of the year has since blossomed into one of the finest riders on the domestic terrain but has promised to widen his horizon with an Olympic ticket to match.

The much fancied Boakye confirmed his readiness to battle out any threat from his African opponents en route to his Rio dreams.

“I can confidently say I am fully prepared for the championship in Morroco. We have had enough training from last year up until now and I think we are ready to compete for tickets to the Rio Olympics.

“My target at the moment is to make Ghana and GCF proud by making it to the Olympic games. I am ready for the tough competitions from anybody that comes our way.” Boakye told sports crusader.

Anthony Boakye stormed the cycling fraternity in 2011 before earning a scholarship to South Africa where he won his first ever professional medal before heading to the Common Worlth Games.