“Bejaia are no better than AshGold” – Kadri 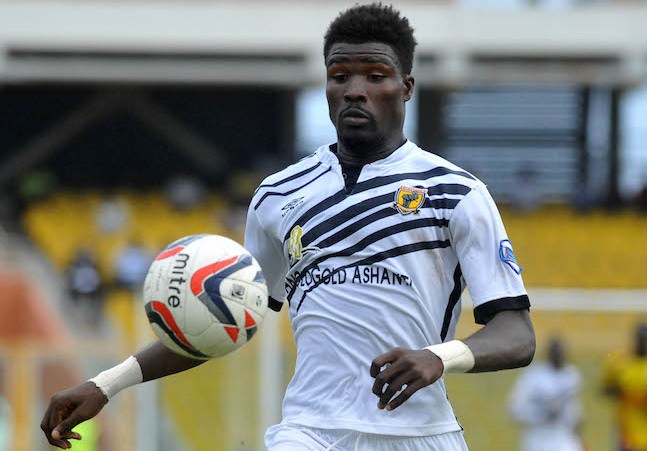 Ashanti Gold defeated Bajaia by one goal to nil in the first leg of the CAF Champions League preliminary round clash at Obuasi, but were thrashed 3-1 in Algeria

There are fears that Ashanti Gold could be knocked out of the competition since one zero isn’t enough to carry them through in a situation like this, especially facing a North African side.

Kadri, who was voted the club’s best player last season, said they are highly determined to get to the next stage.

“We are determined to bring back victory from this match to the Obuasi Township and Ghana as well. We have prepared towards the game,” he told Kuamsi-based station Boss FM.

“With the one nil, our aim was to score three or four goals so the return encounter becomes a mere formality such plans did not materialize.

“Our embedded plan is to get a goal in the first 10 minutes which won’t be difficult to do.”

Kadri reduced the Algerian club to size by saying he doesn’t believed they are better than AshGold after they played with them in the first leg.

“I don’t think Bejaia are a better side than us, so it won’t be difficult. We have professionals in our team who have played at that level before, so I don’t think it will be anything difficult.”

“It’s no surprise to their behavoiur, they will do it because this is not the first time. They do it all the time to Ghanaian teams and other teams. But we have been psyched in such a way that we don’t dance to their tune of theatrics in other to win.”

He climax for support and prayers from AshGold supporters and all Ghanaians.

“I will plead with all Ghanaians and Ashanti Gold supporters to support us with prayers so at the end of the 90 minutes, we come out victorious.”