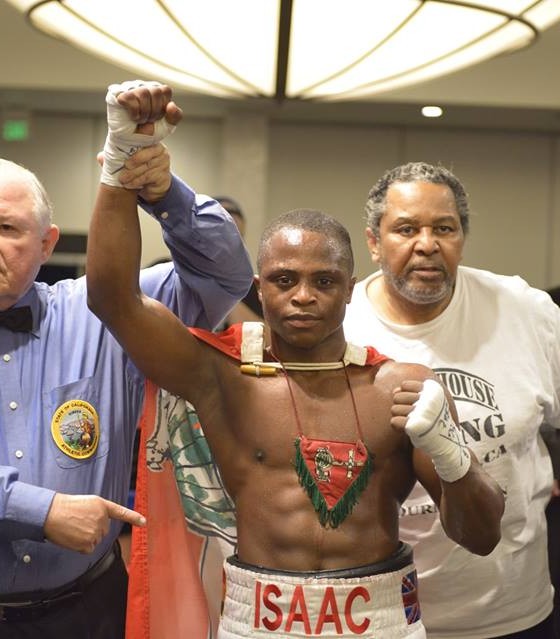 UK based Ghanaian Boxer Isaac Dogboe’s  continues his insurgence as a 21 year old prospect having broken into the world boxing ratings for the first time.

The undefeated Dogboe made a successful defense of his WBO Africa and Intern WBA Pan-Africa featherweight belts a week ago, scoring a wide unanimous points decision over compatriot Michael Pappoe in Accra.

In an interview Mr. Paul Dogbe said “We are looking forward  to climb up to  12 or 10,but we cant complain about this ranking by the WBO, Dogboe was 15th when he fought Krampah”.

Mr Paul also assured the fans of Dogboe they will see an aggression that even superecedes that of  Azumah Nelson, that is with regards to a possible April unification against undefeated IBF Africa and WBA Pan Africa featherweight titlist Sakarias Lukas.