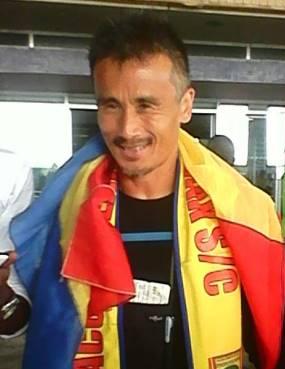 Hearts of Oak continued their superb start to life in the Ghana Premier League with another impressive defensive display to win 2-0 at the T & A Park
The 2000 CAF Champions League winners saw defender Samuel Akrofi put up his most effective performance for the side since joining the team, his understanding and reading of the game was priceless for the Phobians who had Cosmos Dauda scoring and Eric Kumi getting the second goal of the game.
Hard working midfielder Samuel Yeboah was a delight to watch in the middle of the park and will be disappointed he was unable to cap off another impressive display with a goal.
Medeama midfield Maestro Malik Akowah should have scored when he was played through on goal by Daniel Amoah in the second half but he of fluffed his chance.
Foovi Aguidi was the next to get a clear path to goal in the second half but his snap shot was easily gathered by Muntari Tagoe in post for Medeama but that was a just a preview of what was to come.
Coach Kenichi Yatsuhashi who was playing without two of his most trusted lieutenant Soulama Abdoulaye and Samudeen Ibrahim saw the experience of Mustapha Essuman dominate the likes of Akwasi Donsu and Malik Akowuah at the heart of the pitch.
The glorious moment however came on the 77th minute when Cosmos Dauda took advantage of a misunderstanding in the Medeama half to fire his side through and give the travelling fans some to smile about.
The goal drew a response from Medeama who desperately threw men forward in search of an equalizer but tried as they did Samuel Akrugu stood tall.
Medeama fans were delight when they saw the score board with six minutes added time but it was Hearts who took advantage of the time added with Eric Kumi taking advantage of the men forward to secure all three points for Kenichi Yatsuhashi and send the Phobian fans wild.
Kumi was subsequently booked for taking his shirt off that his second card and that meant he was off but that will mean nothing after the kind of game he has had.
Hearts thous maintain their perfect start to the season after recording a 1-0 victory over New Edubiase in match day one of the 2015/2016 Ghana Premier League season.