Olympic Boxing Is For Amateurs Only Not Professionals – Lennox Lewis 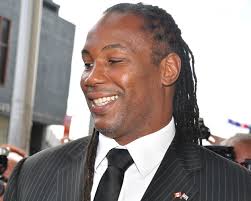 The 50 year-old made this assertions after the President of world boxing’s governing body AIBA Dr Ching-Kuo Wu, made a proposal to AIBA’s executive committee to abolish rules stopping any fighter with 15 or more paid bouts from competing at the Olympics. Wu believes it is “absolutely possible” to change the rules in time for August’s Rio Games.

“Olympic boxing is built for amateurs and is the highest achievement you can get, alongside being world amateur champion,” he told BBC sports week.

Lewis  also established the scenario where someone like Vladimir Klitschko [former world heavyweight champion], who won Olympic gold in Atlanta and has so much experience, could go up against a kid of 18 who has had just 10 fights,which  he does not  think it is fair.