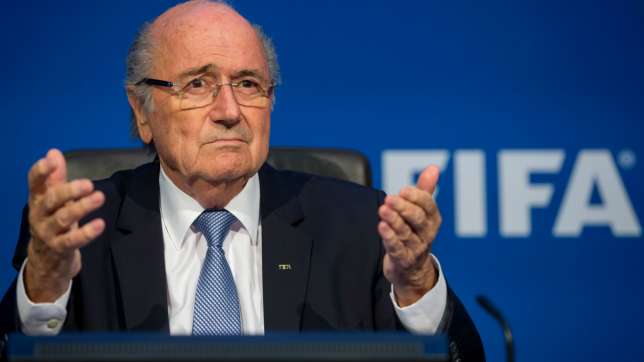 Infantino was elected in Zurich on Friday, replacing Blatter, who saw his reign come to an end amid allegations of corruption at FIFA and is now serving a reduced six-year ban from the sport over a payment of two million Swiss francs (£1.3million) made to UEFA boss Michel Platini in 2011 that infringed upon FIFA’s Code of Ethics.

Blatter expressed delight at Infantino’s election in the aftermath of the vote, but says his Swiss compatriot faces a tough road ahead.

“I congratulate you, but remember that this position you wanted will not be easy. Miracles will be expected,” Blatter wrote in an open letter published by French newspaper Journal du Dimanche.

“I had these expectations for the last 18 years at FIFA, which I served for 41 years.”

He continued: “The miracles will be aided by the vote overwhelmingly taken for the reforms which I had also started.

“If by chance, you want an opinion or advice, do not hesitate. For now, stay calm. You have two months to implement the decisions taken.”

And, as Infantino plots to guide FIFA out of this scandal-hit chapter in its history, Blatter has some early words of advice.

“Prepare yourself well but be vigilant,” he warned. “While everyone supports you and tells you nice words, know that once you are the president, friends become rare.

“At 6:01pm on Friday, when you were elected, a weight lifted from my shoulders. I now have fewer responsibilities and more time to take care of my life. I am no longer president.

“But I gladly accept the French system which says that, once we are president, we remain president forever!”