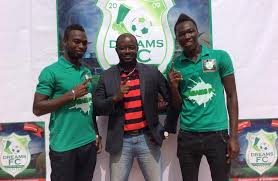 The renowned ex-sports journalist, Nii Lantey replaces Mustapha Ahmed who lasted less than a year. His appointment makes him the 8th minister to take over affairs at the MOYS under President John Dramani Mahama.
The Dawu based club on their website wished to congratulate Member of Parliament for Odododiodo constituency, Hon. Nii Lantey Vanderpuye on his appointment as Minister of Youth and Sports.
In a letter signed by Executive Chairman, Kurt E.S Okraku, the club assures him of its support as he begins his tenure of office.