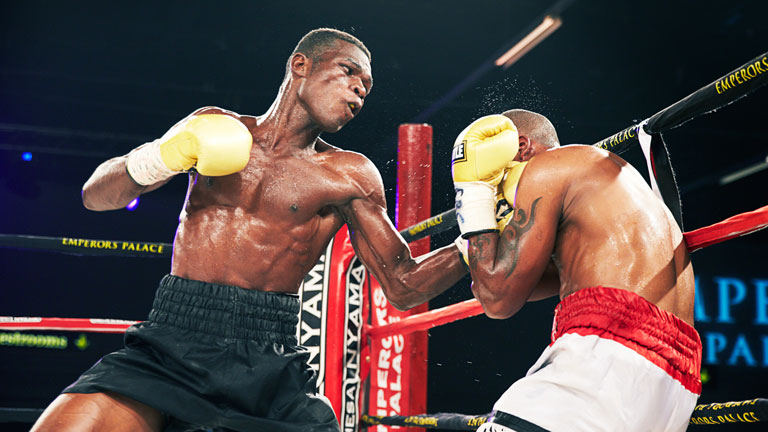 GHANA’S lightweight star Richard Commey (23-0, 21 KOs) has decided to vacate his Commonwealth title in order to focus on a world title challenge.

The 28 year-old from Accra claimed the Commonwealth strap with a unanimous points decision over Gary Buckland in July 2014 and has since defended it with the seventh-round stoppage of Thompson Mokwana in March 2015.

“It has been a great honour to hold the Commonwealth title,’’ said Commey. “Winning the belt against Gary Buckland was one of the proudest moments of my career, and after adding the IBF Intercontinental title to the Commonwealth, I was hoping for more challengers to come forward to face me. Unfortunately this didn’t happen, but in vacating both titles it has left the way open for me to realise my dream of fighting for a world title.’’

Commey, who is undefeated in his twenty-three professional contests, is currently mandatory challenger for the IBF World title, and has welcomed a fight with the reigning champion Rances Barthelemy.

“I have never shied away from a challenge,’’ said Commey. “I’m ready and willing to fight anyone. Barthelemy is a good boxer but I know I can beat him. My goal is to become world champion and no one will stand in my way!’’

According to promoter Nisse Sauerland, the often-avoided lightweight will not have to wait long for his shot at World honours.

“Richard is in a great position, and now, it’s only a matter of time before he gets to challenge for the World title,’’ said Sauerland. ‘’We’re already in talks with the IBF and we expect the fight to take place before the summer.’’