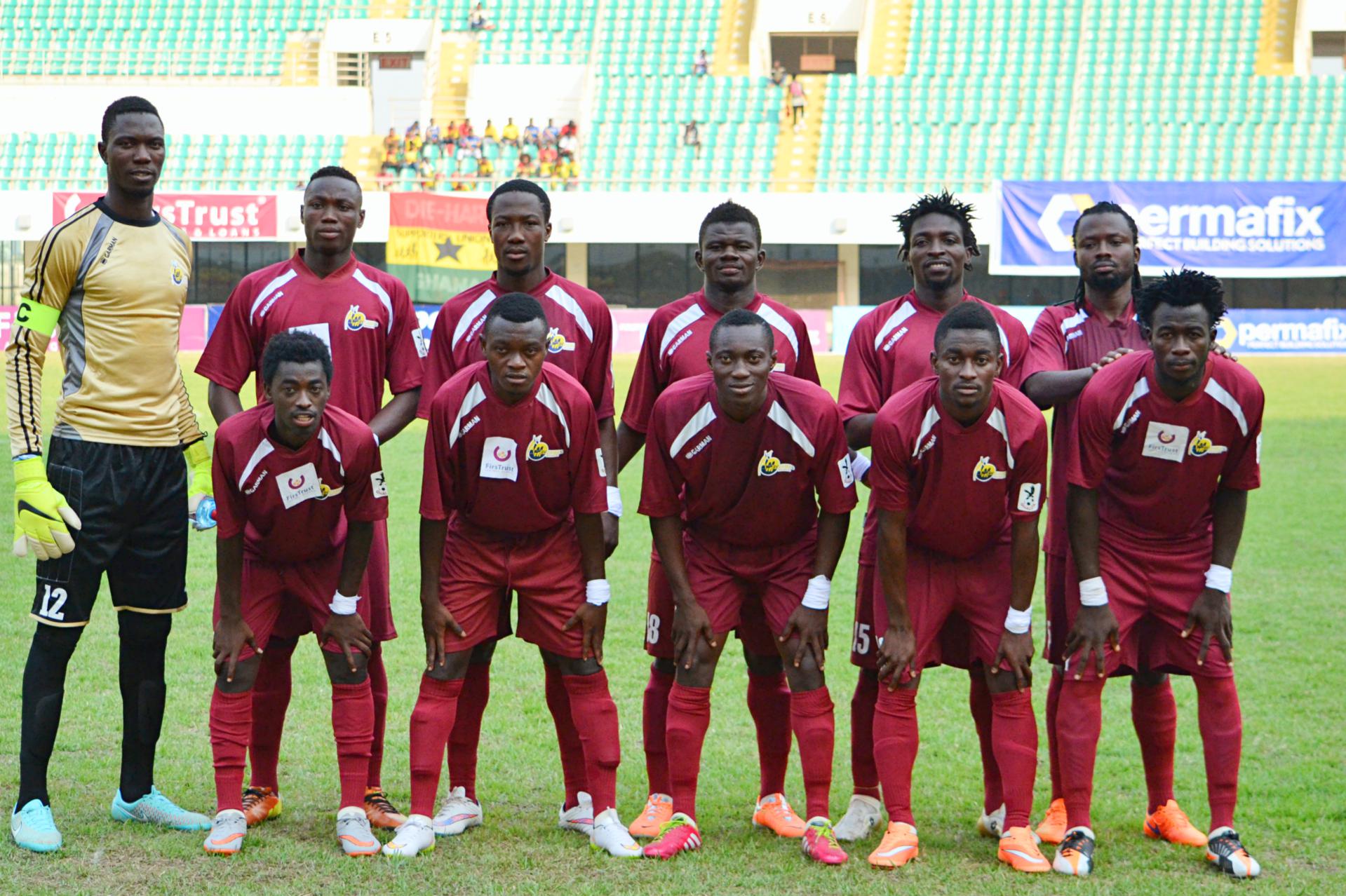 Ghana FA Cup champions Medeama SC are expected to depart Accra on Thursday for Libya to honour the first leg of the Caf Confederation Cup first round tie with Al Ittihad Tripoli.

The Yellow and Mauve were drawn bye in the preliminary round and will now face the Libyan side, who narrowly qualified on a 5-4 goal aggregate over Sonidep of Niger.

Missing in the delegation is technical director Evans Adotey, who prevented head coach Tom Strand to effect a substitution against Asante Kotoko last weekend, which sparked a row on Medeama’s bench during the Kumasi clash that ended in a 2-2 draw.

The team will transit in Tunisia before moving to Tripoli. The second leg will take place at the Essipong Stadium in Sekondi on Sunday March 27.