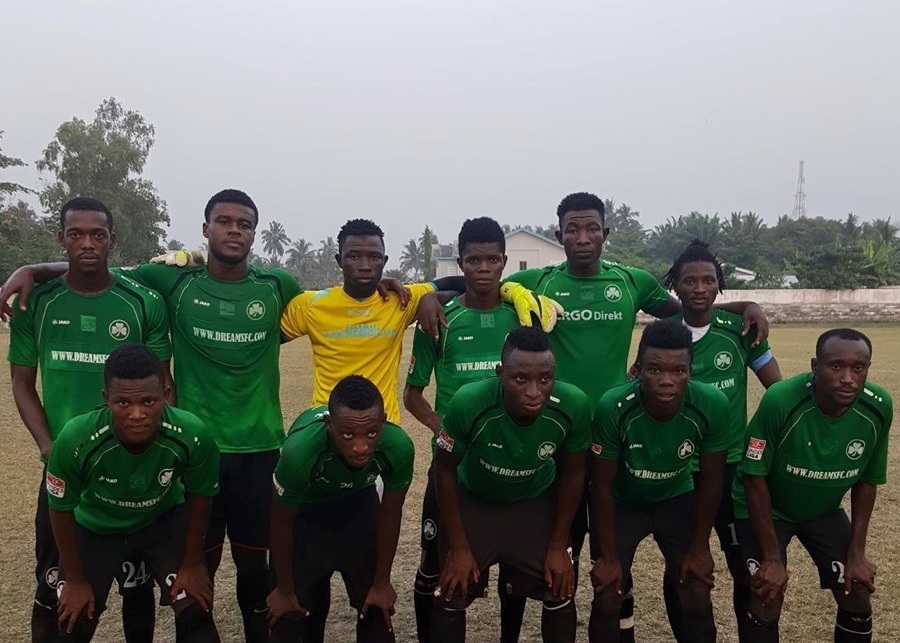 It is a top of the table clash when two unbeaten sides Dreams FC and Wa All Stars square up at the Dawu Park on Saturday.

A win for either side will see them top of the log after the weekend’s fixtures.

Dreams FC are going into the game without influential midfielder Emmanuel Hayford who has been banned for three official matches.

The former Hearts of Oak man received a straight red in their league encounter with Inter Allies FC at Tema.

Wa All Stars will be missing the services of versatile defender Abdul Ganiu Ismail and Atta Kofi Yeboah after sustaining injuries in their last league game against Liberty Professionals.

Mohammed Awudu and Wahidu Mumuni are likely replacements for the injured duo.

*Both teams are meeting in the premier league for the first time since 1958.

*Both sides are unbeaten in the 2015/2016 Ghana Premier League season after three matches.

*Dreams FC are yet to lose a fixture at home since 1st August, 2015 in both Division One and the topflight.

*Wa All Stars have managed only one victory in their last eleven away matches in the league.

*Dreams FC have kept two clean sheets out of their three games in the premier league this season as newcomers.

*Wa All Stars are yet to concede at least one goal in the 2015/2016 season of the Ghana Premier League.