Only “intelligent” minds can save Ghana football 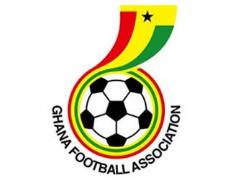 Ghanaians have huge passion for football. It is the game of the nation. It holds the country together – forget about politics and religion. Unfortunately, we seem not to apply the best practices and standards to get the best out of the sport.
Ghana football is in shambles. Many have likened the abysmal state of Ghana football to the wobbling economy, but I partially disagree.
Billions of monies can be pumped into the development of the beautiful game, but once it is not being managed by selfless, intelligent and hardworking personnel it will continue to quiver.
Ever since football became a lucrative business, people with little or no idea about how to manage soccer have channeled their resources into that sector and are even owning clubs or acquiring for themselves an administrative or managerial positions within the Ghana Football Association for their selfish interest.
As a result, some tend to take decisions which are of no developmental benefit to the sport and the country, but to themselves.
E.T Mensah – a former minister of sports – might be gnashing in regrets for conceiving the idea of making football a professional sport in the country in 1993, since the game has now been reduced to nothing, but an unprofessional and disgusting standard. Gone are the days when football gurus like Ohene Djan, C.K Gyamfi, HP Nyametei, Awuah Nyamekye, et al strived with their might and wisdom to put Ghana football to the highest point, but the works of these architects have been in vain as the sport has been hit with a stunted growth by some selfish individuals.
This indication clearly shows that Ghana has ceased making football heroes. The terrible part of the state of Ghana Football is how the national teams are struggling to make waves globally and even the condition of the local league is nothing to write about. It’s shameful that the senior national team which is the number one fan of most Ghanaians has not been able to win any medal for the country for the past 34 years.
With the Under-23 also struggling to qualify for the Olympic Games after their last participation in the competition in Athens in 2004. The Under -20 has also not been able to replicate the victory chalked in Egypt in 2009. Most Ghanaian football lovers have lost interest in the local league, as people are no more enthused to rush to the stadium to watch any local match. Many believe the awful performance of Ghana football is as a result of the unavailability of quality players.
It may be a contributing factor, but if a quality player is not managed well, his qualities and skills will stale. Ghana is a land of great football talent but it will take people with “INTELLIGENT” minds to turn these raw talents into heroes. Intelligent minds are people who are willing to sacrifice their time, stomach, wisdom and power with the aim of making a great impact in the sport. But it seems these kinds of people are currently rare in Ghana.
The men’s senior national team took to it dwindling path, when the “football people” saw the team as money making machine, their direction changed totally. The Black Stars is getting worse every day, but it seems the “I Don’t Care” syndrome has infested the minds of the authorities in charge, as their concentration is no more on making the Black Stars the number one in Africa, as coaches like CK Gyamfi, Osam Doudu and Cecil Jones Attuquayefio started.
Ghana started off their football journey with Africa countries like Nigeria, Ivory Coast and Mali but no matter how bad the state of football may be in these countries, they definitely have some recent achievements to boast of. At least Nigeria can boast of winning the 2015 U-17 World Cup competition, Cote d’Ivoire can also brag about winning the 2015 Africa Cup of Nations. But our national teams have no trophy to boast about.
And all these woes should be blamed on the poorly organized league. Ghana is losing most of her good players who could feature and make great impact in the national teams to obscure countries. Many criticisms have been rained on the Ghana FA for the poor standard the local league has taken and I believe it’s about time they adhere to these criticisms and open a new chapter in the running of the local league.
Ghana football needs a change now and it will take only “INTELLIGENT” minds to bring about that change.