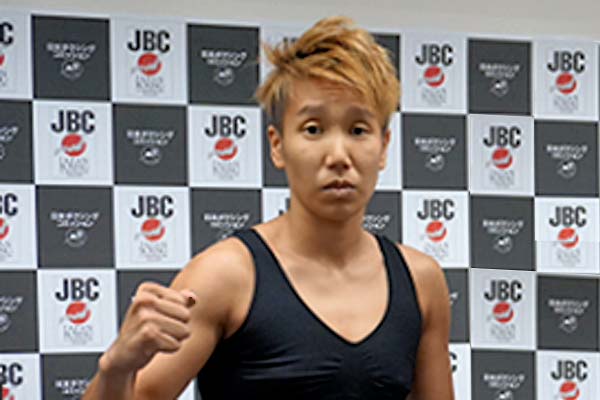 This reporter has been writing on boxing in Japan for more than fifty years since the middle of 1960s, but this news may be the first and last that I report to the world.

Extremely astoundingly, former WBC female flyweight champion Go Shindo (16-4, 11 KOs), a transgender at 30, announced on Tuesday (July 18) that Shindo had legally become a man and had his marriage with a girl named Ayuka registered by the government.

Shindo, whose passport name was Megumi Hashimoto (a girl’s name), legally changed his name to Go Hashimoto. She, nay he, will submit a letter of retirement to the Japan Boxing Commission (JBC) soon.

Shindo, in her first crack at the world belt, failed to win the WBC 112-pound title via controversial split decision to Mariana Juarez in Ontario, California, in 2012. But she captured the same belt by dethroning Hungarian Renata Szebeledi by a lopsided decision in 2013 and successfully retained it three times before she yielded it to Arely Mucino on points in Mexico in 2014.

In her final showing, Shindo couldn’t win the WBO bantam belt from Naoko Fujioka by a unanimous decision in June of the previous year. She was a hard-punching fighter and crowd-pleaser.

Once Shindo said that she would try to win the world belt again as a man, but it didn’t come true. Do you think I may write the same story again in the future? Congratulations!