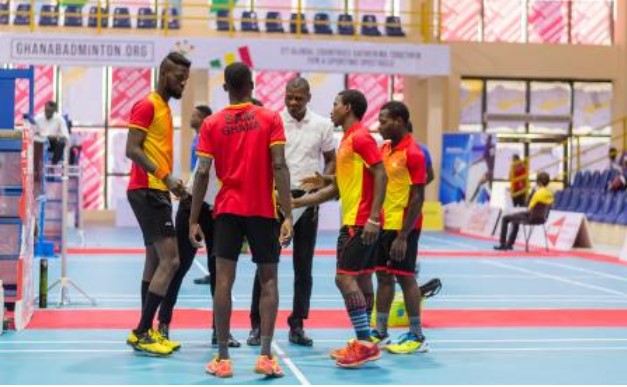 The 2019 J.E. Wilson International Badminton tournament hosted in Accra, came to a successful end with Team India, becoming the talk of the tournament for the second consecutive time after dominating the tourney with the most medals.

The second edition of the four-day tournament, which started on Thursday, July 18 and ended on Sunday 21, attracted 101 badminton players and officials from 27 countries including Nigeria, India, Egypt, Ghana, Italy, Switzerland, Iceland, Vietnam, Poland and Malaysia

Team India having dominated in the maiden edition in 2018 continued with their impressive run of form to top all with a total of seven medals.

The competition served as an opportunity for Ghanaian players to amass more points to help them qualify for the Tokyo 2020 Olympics Games.

Indian duo, Rutapana Panda and Moneesha K won the gold medals in Women’s Double by beating Dorcas Adesokan and Deborah Ukeh in the finals with Nigeria taking home the silver medal. Team Egypt and Iran took the Bronze medal in the same categories.

Moneesha R Arjun and Ramachandran Schlock from India won the gold medal in the Men’s Doubles with the Nigerian team of Godwin Olofua and Juwon Opegori claiming a silver medal.

In the other Singles finals, Nu Thing Thi fro Vietnam won the gold medal in the Women’s Singles after beating Magdha Agrey of India who clinched the Silver medal, whilst, Shivani Pathi from India and Hajia Hosny won the bronze.

However, in the Men’s Single, Kira George from India clinched the gold medal with Ade Resky Dwichahyo of Azerbaijan taking home the silver medal, whilst, Tien Minh Nguyen from Vietnam and Michael Rogalski from Poland also picking away the bronze medal.