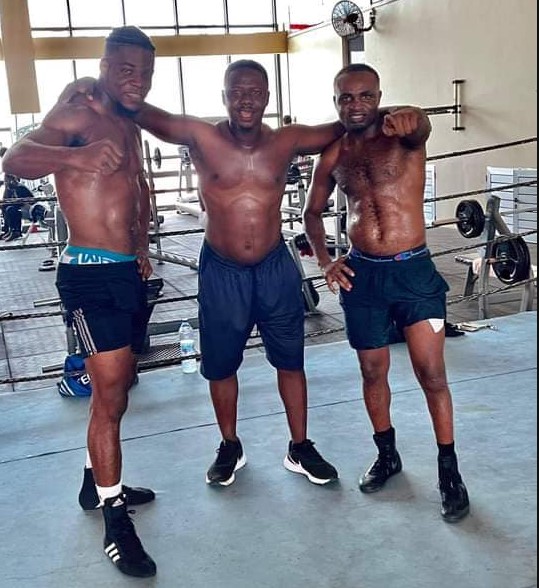 He revealed to the Graphic Sports in an exclusive interview in Accra last Friday that they had been training at the Bukom Boxing Arena gymnasium in sparring, hitting focus mitts, punching bags and skipping ropes since then.

“Yes, I am now Gameboy’s trainer; there is a lot to be said but for now I will say we have been training and he is responding well to training,” he noted.

The 32-year-old US-based Bukom boxer last fought and defeated America’s Mason Menard via a majority decision in a non-title lightweight encounter at the Seminole Hard Rock Hotel and Casino, Hollywood, in the United States in November last year.

Emmanuel ‘Gameboy’ Tagoe is back with his former trainer

“This is not the first time I am training him. I have handled him before during his amateur days and when he turned professional in his early days,” he stated.

The celebrated coach, who once handled former world champion, Richard Oblitey Commey, said he was capable of handling any top boxer in the country.

“You know my record as a trainer; currently I have over eight boxers under my stable who are all world title hopefuls.

“I am ready and capable of training any elite fighter. I did it with Richard Commey and now it’s Tagoe,” assured Lokko.