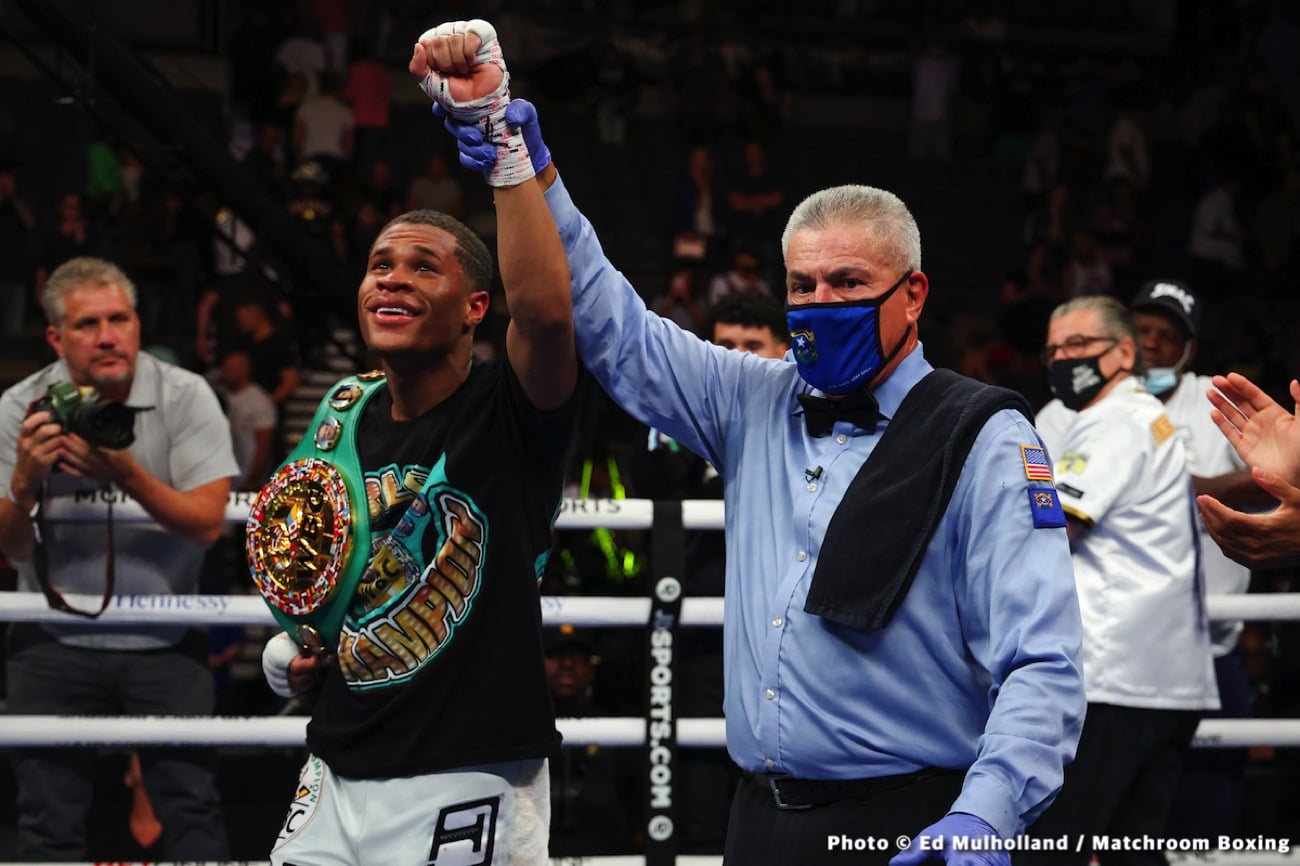 After dominating the first nine rounds, Haney was hurt from a right hand from the 35-year-old Linares in round 10. In the 11th and 12th, Haney was hurt again by Linares, and he was forced to hold to survive to the final bell while the crowd booed him.

This was easily the most exciting fight of Haney’s career, as he broke from his normal cautious boxing style to take the fight to Linares, and beat him at his own game.

Things were going well for Haney until he was hurt in the 10th round. From that point on, Haney’s legs looked weak each time he got hit.

Interestingly, afterward, Haney denied that he was ever hurt in the fight, and told the crowd that he’d won “easy,” which didn’t seem to be the case.

This was not an easy fight for Haney, and he was definitely hurt repeatedly from rounds 10 through 12.

After the fight, Haney said he would be interested in facing IBF/WBA/WBC Franchise/WBO lightweight champion Teofimo Lopez next.